Who We Are Our History

A HISTORY OF BRAINTREE COUNCIL 1462 KNIGHTS OF COLUMBUS

As this history is written, Braintree Council 1462 of the Knights of Columbus has attained the age of 109, in 2019.  Thanks to the Council Historian, Vincent J. O’Keefe, who wrote a history in 1960, we know much of what happened in the first fifty years of the Council.  Sadly, somewhere along the way, some minute’s books, many records and photographs have been lost, which results is a sometime very sketchy account of how we have arrived at the present day.  With that, I embark on the journey.

Late-19th century Connecticut was marked by the growing prevalence of fraternal benefit societies, hostility toward Catholic immigrants and dangerous working conditions in fac­tories that left many families fatherless. Recognizing a vital, prac­tical need in his community, Father Michael J. McGivney, the 29-year-old assistant pastor of St. Mary’s Church in New Haven, Conn., gathered a group of men at his parish on Oct. 2, 1881. He proposed establishing a lay organization, the goal of which would be to prevent Catholic men from entering secret societies whose membership was antithetical to Church teaching, to unite men of Catholic faith and to provide for the families of deceased members.

As a symbol that allegiance to their country did not conflict with allegiance to their faith, the organization’s members took as their patron Christopher Columbus — recognized as a Catholic and celebrated as the discoverer of America. Thanks to Father McGivney’s persistence, the Knights of Columbus elected officers in February 1882 and officially assumed corpo­rate status on March 29.

In addition to the Order’s stated benefits, Catholic men were drawn to the Knights because of its emphasis on serving one’s Church, community and family with virtue. Writing in The Columbia in 1898, a year before he was elected supreme knight, Edward L. Hearn wrote that a Knight should live ac­cording to the virtues of loyalty, charity, courtesy and modesty, as well as “self-denial and careful respect for the feelings of oth­ers.” Fraternity and patriotism were added to the Knights’ founding principles of charity and unity in 1885 and 1900, respectively.

A long with the addition of “patriotism” to the Knights’ principles came the first Fourth Degree exemplification, which took place Feb. 22, 1900, in New York City with 1,100 Knights participating. A similar event took place in Boston in May with another 750 candidates taking the patriotic degree.

By the beginning of the 20th century, the fledgling Order was growing dramatically. Councils had been chartered throughout the United States and Canada, and international expansion continued to Mexico and the Philippines in 1905, along with Cuba and Panama in 1909.

The Knights also turned their attention to college campuses, in more ways than one. In 1904, more than 10,000 Knights and their families attended ceremonies at The Catholic Uni­versity of America in Washington, D.C., in which the Order presented the school with a grant for more than $55,000. The funds, used to establish a K of C chair of American history, began a long history of support for CUA. In addition, students at the University of Notre Dame in Indiana soon organized their own K of C council. Chartered in 1910, Notre Dame Council 1477 was the Order’s first college council, launching a subset of the Knights that today includes councils at 244 schools worldwide.

Fifty years ago the Knights of Columbus came to Braintree. This organization, based on the principles of Charity, Unity, Fraternity and Patriotism, has seen the town grow from a comparatively small community to the thriving suburb of this decade. During this period the Braintree Knights of Columbus has patterned its activities on the four principles of the order. The council has contributed to various charitable causes in the town. The spirit of unity is evident by the celebration of the Council’s Golden Anni­versary. The social activities for both members and non-members are attributed to the council’s spirit of fraternity. The principle of patriotism is illustrated by the numerous members of the council who have borne arms to defend the principles of democracy. Indeed, after fifty years Braintree Council can be proud of its record in the community as well as within the Knights of Columbus itself. Several members of the council have advanced to positions of – authority within the State Council of the order. Four of these men, Leo C. Halpin, John J. Foley, John Leetch and Nicholas Del Vecchio have become district deputies for the Massachusetts State Council.

Forty-six members formed the nucleus of the Council in 1910. Of this group of charter members only two remain, Francis Mischler and Daniel Ryan. From the original forty-six members the council has grown until now it lists well over 350 members on its rolls.

In the short fifty years of its existence Braintree Council has brought the spirit of Columbianism to Braintree.

Council #1462 was only an idea in the late months of 1909. A group of men, members of the Knights of Columbus from councils in Quincy, Randolph and Boston, had gathered in Braintree for the purpose of discussing this idea. As a result of this discussion the idea became a reality. The group agreed to ask the Supreme Council in New Haven for a charter. On January 23, 1910 the charter was presented to the council by State Deputy William O’Brien and the first installation of officers was held. Dr. C. A. Sullivan was installed as the first Grand Knight of the Braintree Council #1462 Knights of Columbus.

In the early years of the council the Grand Knight and the forty-six charter members met at the Odd Fellows Hall. [The Odd Fellows Hall was the location at which the Saint Francis of Assisi Parish met in its early days.] Their main interest at the time was recruiting new members for the organization. Membership in the council rose steadily and it was not long before the Knights of Columbus was well entrenched in the Braintree community. One of the first public events sponsored by the council was a Minstrel Show. The first show was held in 1913, and it won such great public acceptance that the minstrel shows were a popular annual event in the Town. 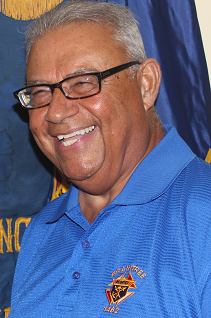 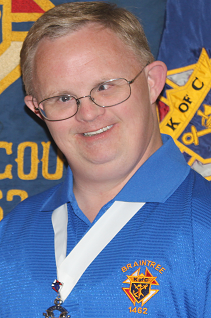 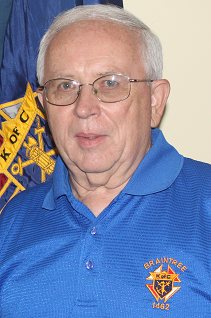 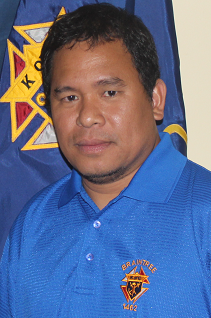 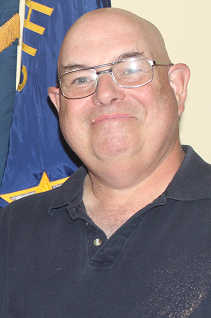